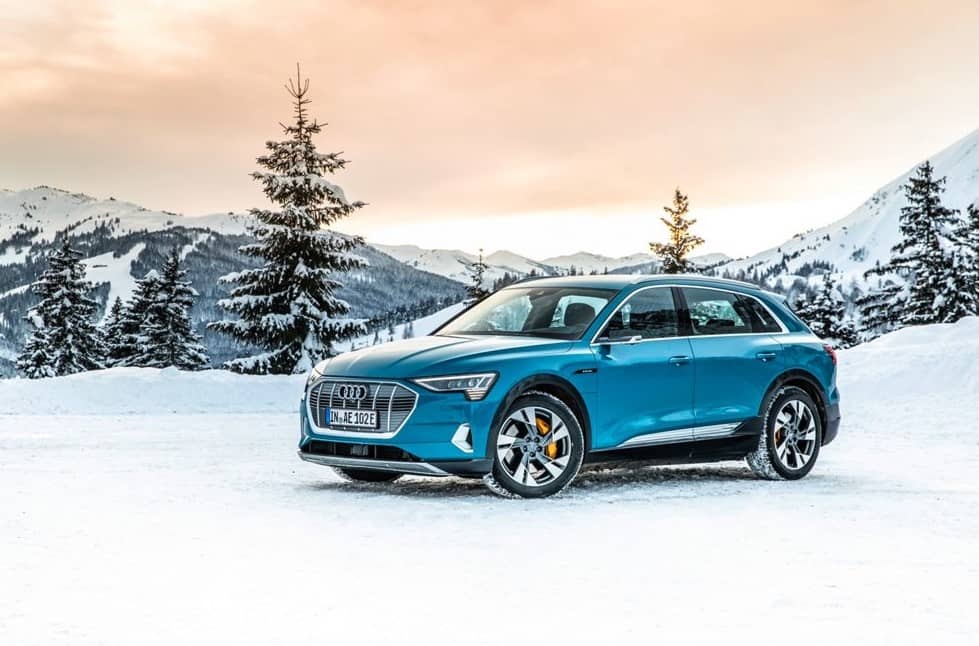 Audi has announced that they have made adjustments to their drive system hardware and software to give the E-tron an extra 25 Kilometres (15.5) of range.

Audi claims that they have been able to achieve this by using a new type of wheel brake to reduce the residual brake torque and also by  improving efficiency of the drive system by almost entirely disengaging the front electric motor from the electricity supply during normal driving conditions and only engage in it when the driver requires more power. The usable battery capacity has also slightly improved. Also while the previous e-tron had a usable battery capacity of 83.6 kWh, the new e-tron’s usable capacity is a little higher at 86.5 kWh.

Audi says that they have also made improvements to the thermal management and have reduced volume flows in the coolant circuit, hence allowing the pump to use less power. They have also improved the coasting recuperation system which is basically the amount of energy recuperated when the driver releases the accelerator pedal or when the brake pedal is pressed. Audi says that when braking from 100 km/h (62 mph) , the e-tron can recuperate up to 300 Nm (221.3 lb-ft)  and 220 kW. The driver can also select the degree of coasting recuperation in three stages using the steering wheel paddles. At the lowest stage, the vehicle coasts with no additional drag torque when the driver takes his foot off the accelerator pedal. At the highest stage, the electric SUV reduces the speed considerably and the driver can slow down and accelerate with just the accelerator pedal. This is what Audi means by the one pedal feeling as you don’t need to use the brake pedal to decelerate. Audi says that in its update there are more distinctions between the three stages but doesn’t go into detail as to what those distinctions are.

Audi also announced that the new exterior package for the S Line is now available and features 20 inch wheels, a sport air suspension, an  S line emblem on the radiator grille, an S emblem on the aluminum door sill trims and bigger air curtains that extend below the headlights and improve airflow. The S line also comes with a spoiler and diffuser at the rear and there is also an optional black styling package to accentuate the side windows, bumper and exterior mirror housings.